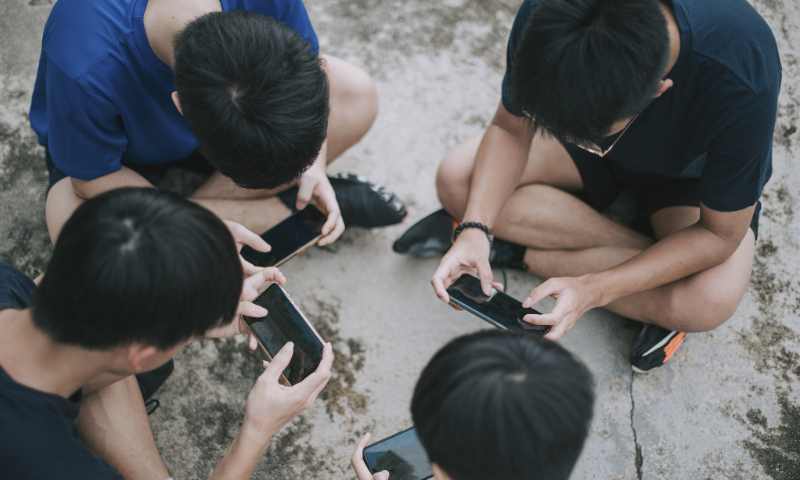 The China Game Industry Research Institute, along with other departments, on Tuesday released a report titled “2022 China Game Industry Progress Report on the Protection of Minors,” showing that the problem of underage addiction to online games has largely been resolved. What is worrying, however, is that much of the time originally spent playing games is now being spent browsing short videos.

The report shows that the problem of underage gambling in China has been basically solved. The proportion of minors spending less than three hours a week or none at all playing online games has grown to over 75 percent thanks to the new anti-addiction rule, and more minors are being placed under the anti-addiction regime’s oversight .

To prevent underage online game addiction, China’s National Press and Publication Administration, which is in charge of video game licensing in China, issued a notice in August 2021, urging online game providers to stop underage by 20:00 to offer only one-hour services until 20:00 21:00 on Fridays, Saturdays and Sundays and public holidays.

The Cyberspace Administration of China also published a draft in March, urging online gaming companies in China to establish and improve game rules to prevent underage people from becoming addicted to online games and to ensure that underage people don’t come into contact with game content or features that affect their physical and mental health.

The new rules have resulted in underage players playing less. The report shows that underage entertainment behavior has shifted from gaming to other activities after the introduction of China’s anti-addiction rules on gaming.

The report also pointed out that there are several reasons why some minors still spend too much time online gaming, including the fact that there are still ways to circumvent anti-addiction oversight. In addition, it is difficult to popularize the facial recognition system for games, and there is information asymmetry between parents and children.

Protecting minors from online gaming addiction shouldn’t stop at limiting their gaming time or protecting them from harmful content, said He Wei, a professor at Beijing Normal University’s School of Art and Communication, reported Southcn.com.

Zhang Zhaogong, director of the game design department at the Communication University of China, said that protecting minors should be used to effectively promote the development of China’s game industry, rather than being an obstacle.