In competitive football, all the preparation in the world does not guarantee success.

Years of hard work go into every single major tournament and that certainly goes for every team at the 2022 World Cup. But we’ve only been at this highly contentious celebration of football for a few days and there are already a few teams looking towards elimination from the group stage.

Most prominent of the teams under pressure is Argentina, who stunned on Tuesday as Saudi Arabia beat them 2-1 in Group C.

Germany were then shaken just over 24 hours later when they too squandered a lead and were beaten this time by Japan in Group E in their opening game.

Does this mean that the sides of Lionel Scaloni and Hansi Flick – as well as the other teams who lost their opening games – cannot advance to the knockout rounds? Here’s everything you need to know.

Does losing a group match mean elimination from the World Cup?

However, it makes qualifying for the last 16 much more difficult as there are only six more points available to play for in the other two games.

How many points do you need to qualify?

There is no guaranteed amount, but losing the first game leaves a mountain to climb, regardless of the quality of the squad in question.

Teams receive three points for a win, one for a draw and none for a loss.

It realistically leaves a team needing two positives from the other two games. In the case of Argentina and Germany, when you’ve lost to a team that didn’t expect to reach the knockout stages, the challenge of progressing to the knockout stages becomes even more difficult.

Both teams are more than capable of beating the other teams in their groups, but Mexico and Poland in the group are stronger than Saudi Arabia, at least on paper, while Spain in Group E is a more threatening game than Japan.

Six points is usually enough to take you to the round of 16. Only if three of the four teams in the group collect six points each, it would not be enough.

In the event that two or three teams finish with the same score, this is the order in which it will be decided who performs better:

Four points puts a team in the right round for a spot in the next round, but anything less than that is unlikely to see a team advance to the knockout stage. Although before that there was a surprisingly low scoring team that made it into the last 16.

Who are the fewest scorers to make it to the World Cup Round of 16?

The 1998 World Cup was the first to be expanded to 32 teams, with two teams progressing from each four-team group. For this reason, we only consider teams from this World Cup and the five following.

In 1998, Chile somehow made it to the round of 16 without winning a game. They drew all three group games – against Italy, Austria and Cameroon – and managed to beat the latter two nations to second place in Group B. 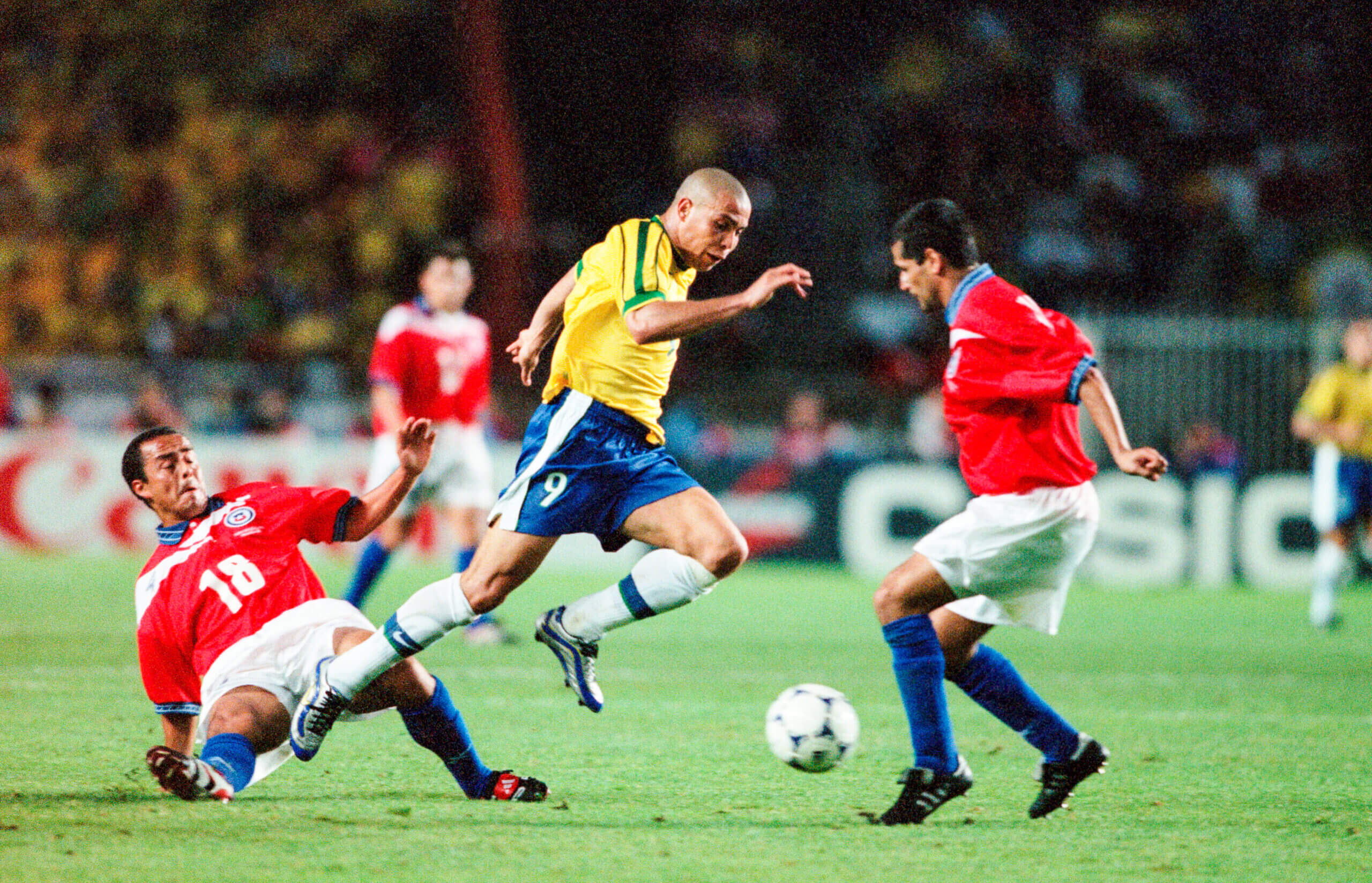 Chile were finally beaten by Brazil in the round of 16 in 1998 (Photo: Simon Bruty/Anychance/Getty Images)

Four years later, four teams with four points reached the round of 16. Paraguay, Turkey, USA and Italy all squeezed through after winning a game, drawing a game and losing a game in the group stage.

In 2006, two other teams made it into the last 16 with four points. Mexico and Australia were those two nations when they emerged from groups that included Portugal and Brazil respectively.

South Africa 2010 was similar to World Cup 2002, with four teams making it into the last 16 on four points. Mexico, South Korea, Ghana and Slovakia completed the full house of results in the group stage and made it through to the knockout stages.

Four points were enough for four teams in Brazil in 2014 as well. Greece, Nigeria, USA and Algeria were these teams.

At the last World Cup in Russia, two teams scored four points and advanced. There will be hope for Scaloni’s side as one of those teams was Argentina; Japan were the others.

With Chile’s three-point campaign being the exception in 1998, history suggests that at least four points are required to progress through the group stage.

That means teams that lose their first game will likely need at least one win and one draw to have any chance of making the last 16. This only increases the pressure on Argentina as they have some very difficult tasks to complete ; Games against Mexico and Poland.

Has a team that lost their first game ever reached the World Cup final?

Once again there is hope for Scaloni and his players as they can be encouraged by Carlos Bilardo’s 1990 Argentina team. They lost 1-0 to Cameroon in the opening match and advanced to the final, where they were beaten 1-0 by West Germany in the final. 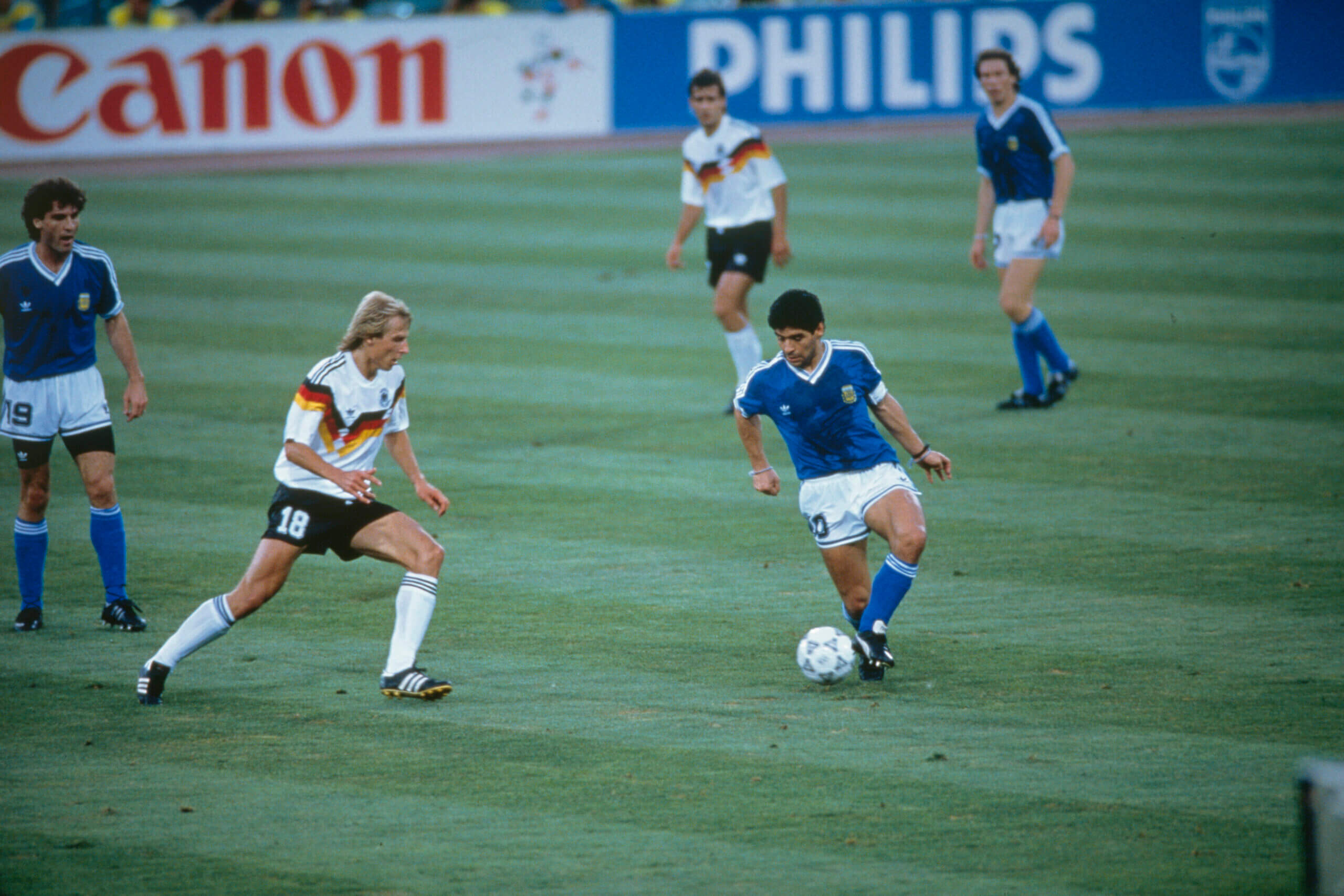 Maradona led Argentina to the 1990 final but was beaten by West Germany (Photo: RENARD eric/Corbis via Getty Images)

However, it is definitely worth noting that Argentina finished third in their group at this tournament. With fewer teams participating in the group stage, they qualified for the last 16.

Eight years earlier, West Germany also lost their first game (against Algeria) before losing the final (against Italy), which will give encouragement to Flick and his team. In 1994 the Italians did it themselves; Lost to the Republic of Ireland in their first game (third in their group) and then to Brazil on penalties in the final.

Only once in World Cup history has a team lost their opening game and won the famous trophy.

Vicente del Bosque’s Spanish side lost 1-0 to Switzerland in their first game and won all their other games, including the final against the Netherlands, which they famously won in extra time thanks to Andres Iniesta.