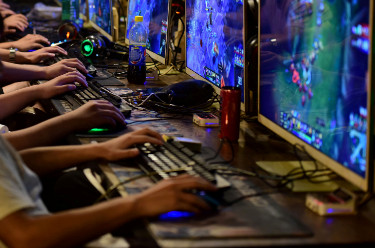 Thanks to the 2022 FIFA World Cup, we could already be watching matches from 6pm to 3am, much-needed entertainment during the pandemic.

The tournament in Qatar gave England football fans a boost with their first game against Iran, but were more than upset by Argentina’s shocking 2-1 defeat by Saudi Arabia.

It will be even more exciting when the game goes into the knockout stages in early December and the final takes place on December 18th in an unusual winter setting.

All of this begs a question: How much time do we actually spend watching streaming games or movies?

The latest survey from software company NordVPN may shed some light. Accordingly, Hong Kong people spent almost 20 hours a week on video, of which 11 hours and 19 minutes was on YouTube and another 8 hours and 31 minutes on Netflix and Disney+.

Then there’s another nine hours on social media like Facebook, Instagram and Line, followed by six hours and 35 minutes on Spotify or other music platforms in a typical week.

My goodness, that’s over 35 hours or 20 percent of the week.

Did we forget to count gaming, online shopping, and Zoom (finally a work item), each estimated at over five hours?

We also spend an average of 9.28 hours a day surfing the Internet, more than the hours we sleep or even work.

If we keep counting our time online, it’s not hard to conclude, as NordVPN suggests, that we’ve spent about 44 years of our lives online, more than half our life expectancy of 85 years.

Fortunately, the situation in China may improve. It was revealed yesterday that more than three-quarters of gamers under the age of 18 limit their gaming time to three hours a week.

The time the above age group spends playing Tencent games fell 92 percent in the third quarter of this year compared to the same period last year, according to the Game Publishing Committee of the state-backed China Audio-Video and Digital Publishing Association.

The “gambling problem” of minors in the country was “fundamentally solved,” it said.

This would please Beijing leaders, which could spell the end of strict internet regulation for Tencent and other gaming companies.

And World Cup fever would continue to rob us of the time we spend online leading up to Christmas. Enjoy the game but try not to get too addicted.