If you’re keen to watch Wales take on Iran at the 2022 World Cup then you’ve come to the right place – here’s how to watch the game.

After a narrow 1-1 draw with USA, Wales hope to boost their chances of qualifying by beating Iran – a side who were beaten 6-2 in their first game against England.

Kick-off time between Wales and Iran

This is the first game of a packed day of action, a day that ends with England taking on the USA. There’s also Qatar versus Senegal and the Netherlands versus Ecuador. This is the first day of the second round of the group stage, so now we’ve seen everyone play.

How to watch Wales vs Iran live on free tv and online?

BBC shows Wales vs Iran. Coverage begins at 9:10am UK time on BBC One. You can also watch the live stream on the BBC website or BBC iPlayer app, either on your phone, tablet, laptop or TV. 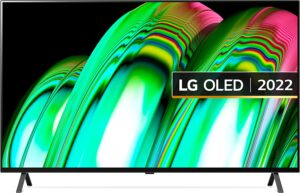 This is not an exercise. Amazon is offering the LG A2 OLED TV (2022) at a 54% discount ahead of Black Friday. The 55-inch set is a real hit and we might not see a better TV deal this shopping season.

Is the Wales v Iran game available in 4K and HDR?

As Wales vs Iran is on BBC it will be available in 4K with HDR.

BBC has said all 33 games it is allowed to show in the UK will be broadcast in 4K via the BBC iPlayer app – but this will only be via smart TVs and supported streaming boxes and is not available on phones or laptops. The resolution is accompanied by the HLG HDR format.

You need a supported TV with the latest version of the iPlayer app to watch content labeled “UHD”. For live broadcasts, visit the iPlayer homepage. Here are the supported TVs. Devices like Sky Glass also support this. 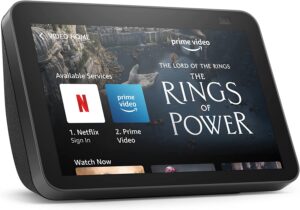 Amazon’s cute smart display is 42% cheaper ahead of Black Friday. You can brighten up your home with this Alexa powered screen with integrated rear speaker for only €69.99

Today is Black Friday and if you’re looking to save some tech – and enjoy Bale and co taking on Iran – see some of the best deals below.